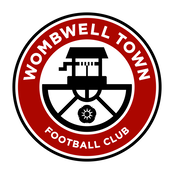 A change in fixture gave Ryan Smith just 23 hours to gather and prepare his players for a trip to Shelley FC, giving the U19s a tough task against a well drilled team.

Shelley were on the front foot straight from kick off and won a corner after two minutes which resulted in the first goal of the game. The in-swinging corner saw a scramble in the 6-yard box before Tom Roberts finally put the ball in.

The hosts doubled the lead on 35 minutes when a cross from the right wing found Thomas Brook unmarked in the box and the striker headed in past Adam Greenwood.

The final ten minutes of the half saw Wombwell Town take control and they got a goal back on 38 minutes when some quick passing on the right found Darnell Joseph free down the left wing. The left back's cross found Calum Smith who made no mistake from ten yards.

A minute later and Joseph struck the crossbar with an effort from the edge of the area before Tom Croggon's shot was deflected wide for a corner. Two minutes later Alfie Glover forced a save from the keeper as the visitors pressed for an equaliser.

In the second half chances became limited and Ryan Smith used his substitutes to try and shake things up to get his side back into the game, however on 71 minutes Oliver Castle scored with a long range effort which curled past James Eaton who dived at full stretch hoping to get a hand to the shot.

Unfortunately, the Wellers could not find a way to get a goal back to give themselves a chance and will instead look to learn from their mistakes and prepare for the challenges ahead.